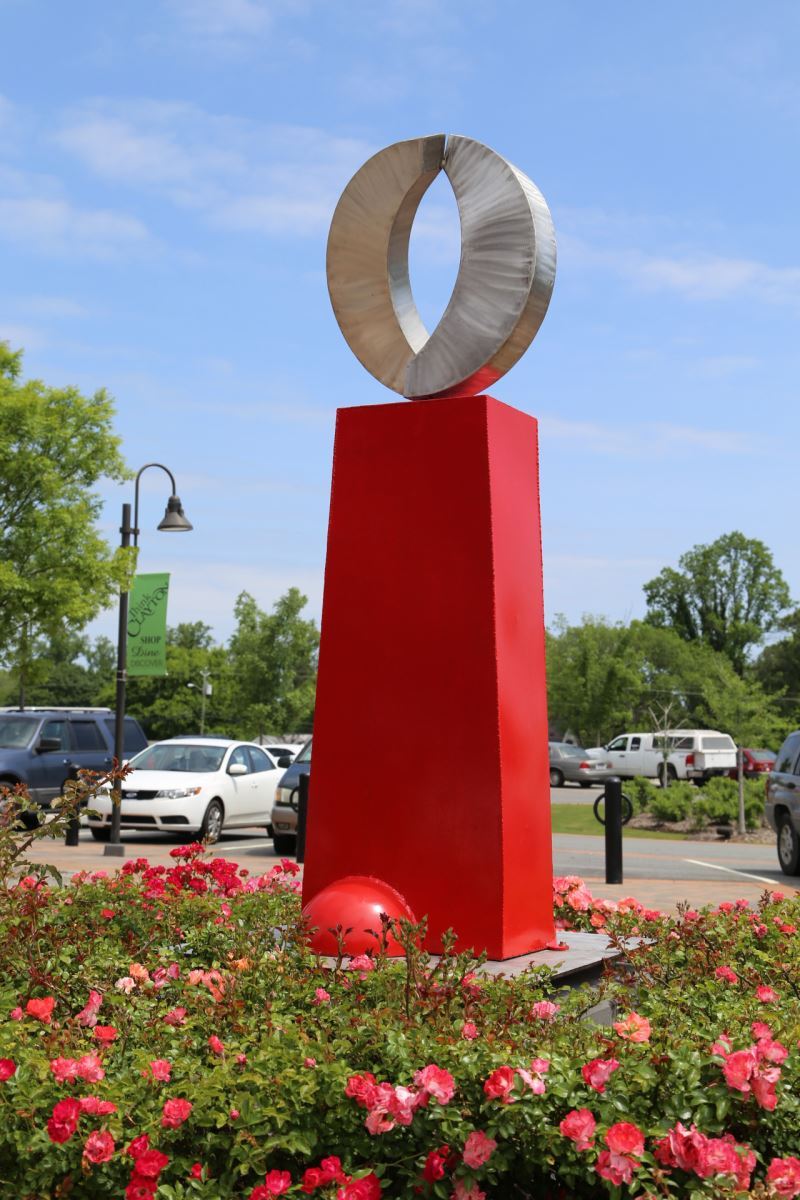 Matt Amante returns for the second year in a row to the Town of Clayton's Horne Square with another piece from his Semi-Circle Balance Study series. His selection for the 3rd Annual Downtown Sculpture Trail is "Reincarnation."

Amante says this piece had died for him until he recently gave it new life. The upper form was created in 2013 as part of the "Semi-Circle Balance Study" series, but was originally on a much smaller wood base designed for inside display. To reincarnate the work, he fabricated a new four-foot-tall base with hemispheres near the bottom and painted a vibrant red. This new work, fabricated from painted and stainless steel, stands a little over 6 feet tall and tips the scales at 150 pounds. The sculpture now has a new life and feels completely different. Amante admits that he is now content with the piece! 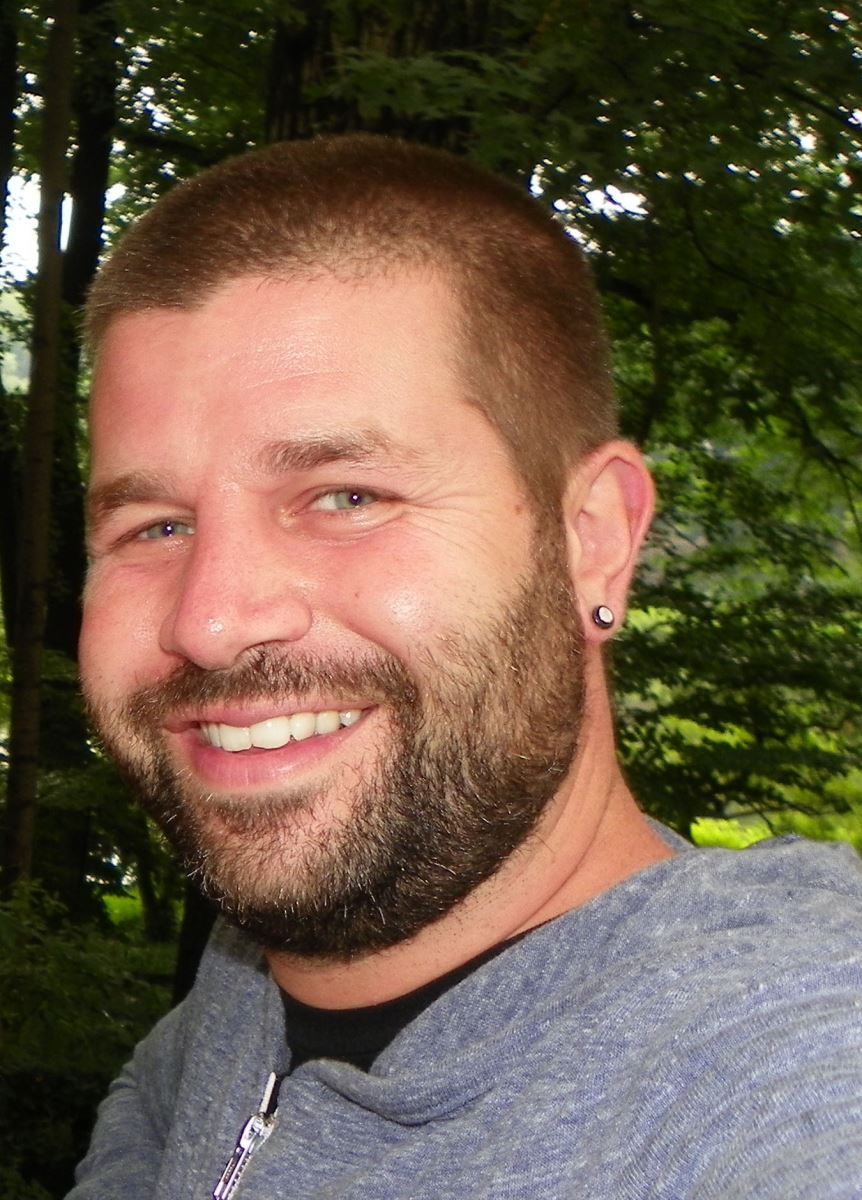 Amante made his debut last year when he exhibited the sculpture, "Semi-Circle Balance Study Number 14" in Horne Square. He is originally from Michigan and currently works out of his studio in Winterville, NC. Amante completed undergraduate studies at Western Michigan University in Art Education and English. After graduation, he accepted a job in South Carolina, where he remained for 2.5 years before deciding to pursue his Masters. This challenge brought him to North Carolina where is completed his Masters in Fine Arts in sculpture at East Carolina University in 2010. Now a full-time instructor at Pitt Community College, he is an independent sculptor and president of "Tri-State Sculptors".

Amante has displayed his fabricated metal sculptures in numerous exhibitions throughout NC, VA and TN in the last four years. He has been commissioned for city-owned work in Burlington and Greenville, NC and Muskegon, MI. Currently, Amante is working on two commission projects in Salisbury, NC and has installed work in the DownEast National Exhibition, Salisbury Sculpture Show and Pedestrian Art in Wilmington.